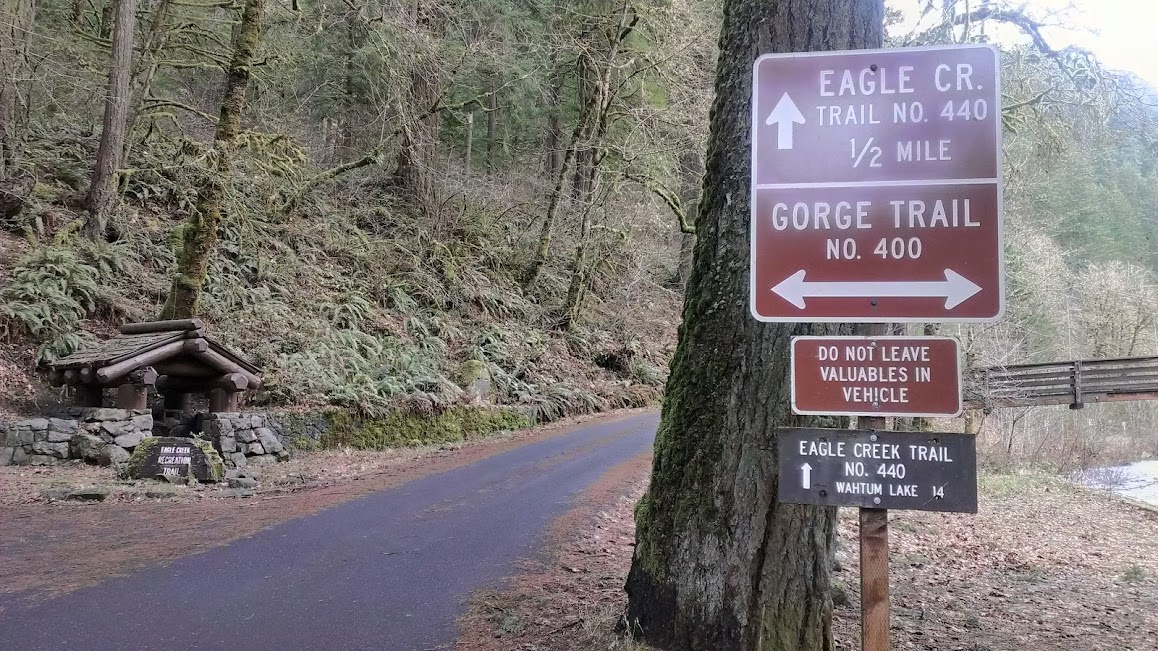 Yesterday was one of the best days I’ve had this year. It feels like school has sucked every ounce of positive energy out of me, so getting away from it all and going on an 8 mile hike seemed to be just the remedy I needed. It was a random spur-of-the-moment idea, and it definitely paid off in the end. Typically, I go on this hike during the summer with my cousin and we usually hike inwards about 7 miles and then trek 7 miles back. Unfortunately, yesterday, I got there later than I expected, so I made it about 4 miles in before I decided to head back due to the diminishing amount of sunlight. One day, my cousin and I are going to head up to (and possibly camp out at) Wahtum Lake. It’s 14 miles in so I’m sure we’d both be either too tired for the 14 mile trek back, or it’d be too dark to head back by the time we reached the lake. 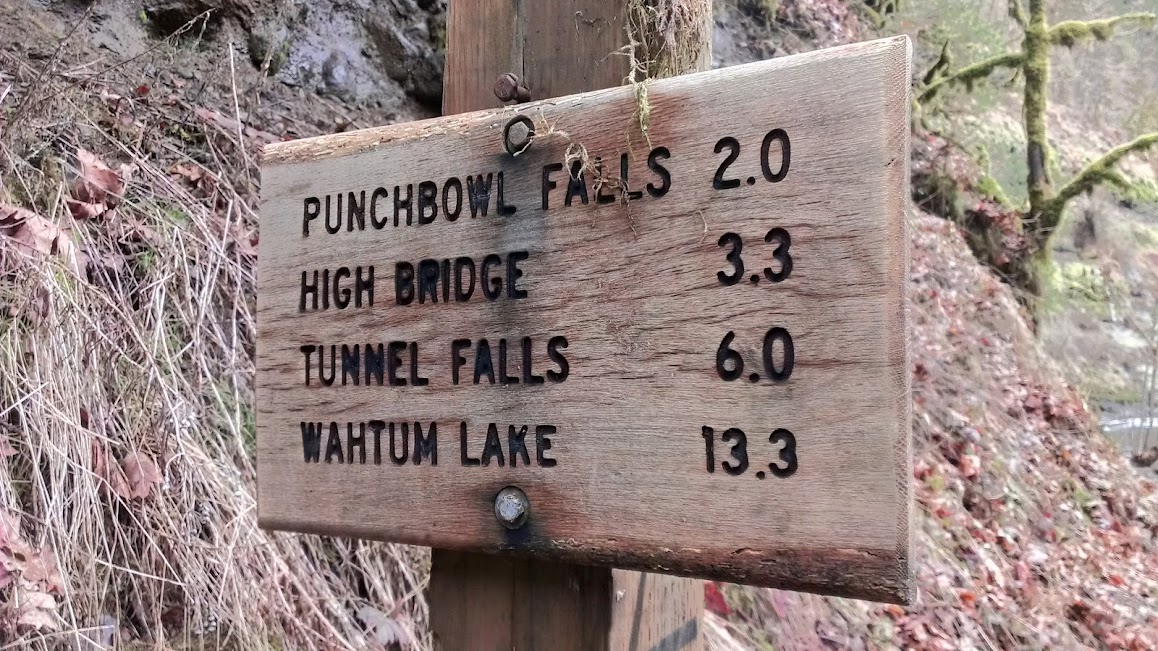 During the summer, much of the moss is dried up and dead, but the leaves more-than made up for them. Yesterday, however, the moss was what was the most vibrant. Although I took plenty of pictures, none of them really do any justice to the actual experience. Driving to the hiking trail, I saw some deer feeding by the side of the highway and snow-capped mountains all around the area. The mountains all seemed so close that I thought that I’d end up seeing some snow on the trail, but fortunately, I didn’t. I’m really glad that I brought my coat because I would have been screwed. I thought that I’d start shedding layers after the first 100 foot incline, but just as I thought – I started feeling cold, even though I didn’t shed any layers.There’s just something about hiking… 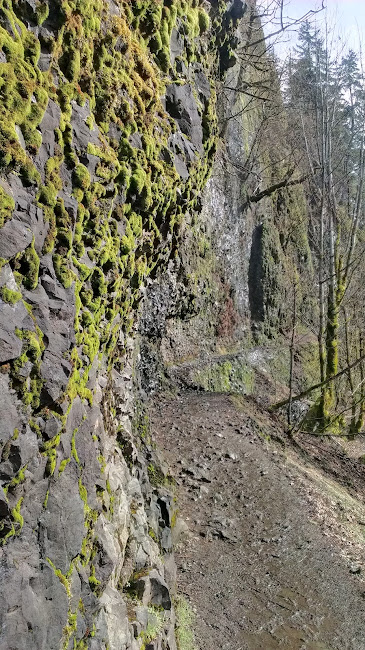 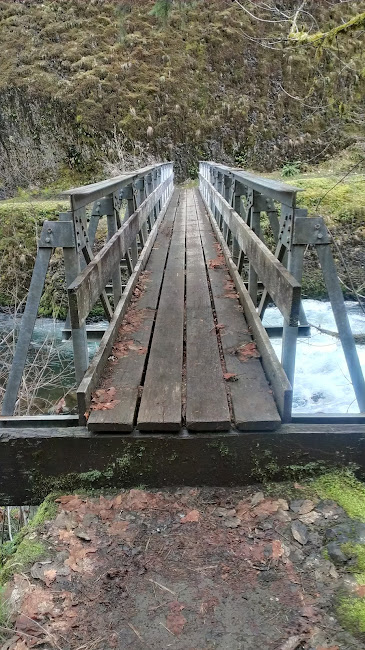 During the summer, much of the trail is dry and only small amounts of water trickle down the side of the mountains, but yesterday the creeks seemed to rage and mini waterfalls made their presence known as I had to walk through them to get by. Thankfully, there were far less insects during February than in the middle of summer. Every time I’ve gone out there before, yellow jackets, hornets and wasps would line the trail in order to collect mud and/or drink the very little water accumulated at some areas. If you can’t tell… I’m really not a fan of bugs. There were even mosquitos out there on the trail… For some reason, I only thought they were around during the summer, but apparently February too. 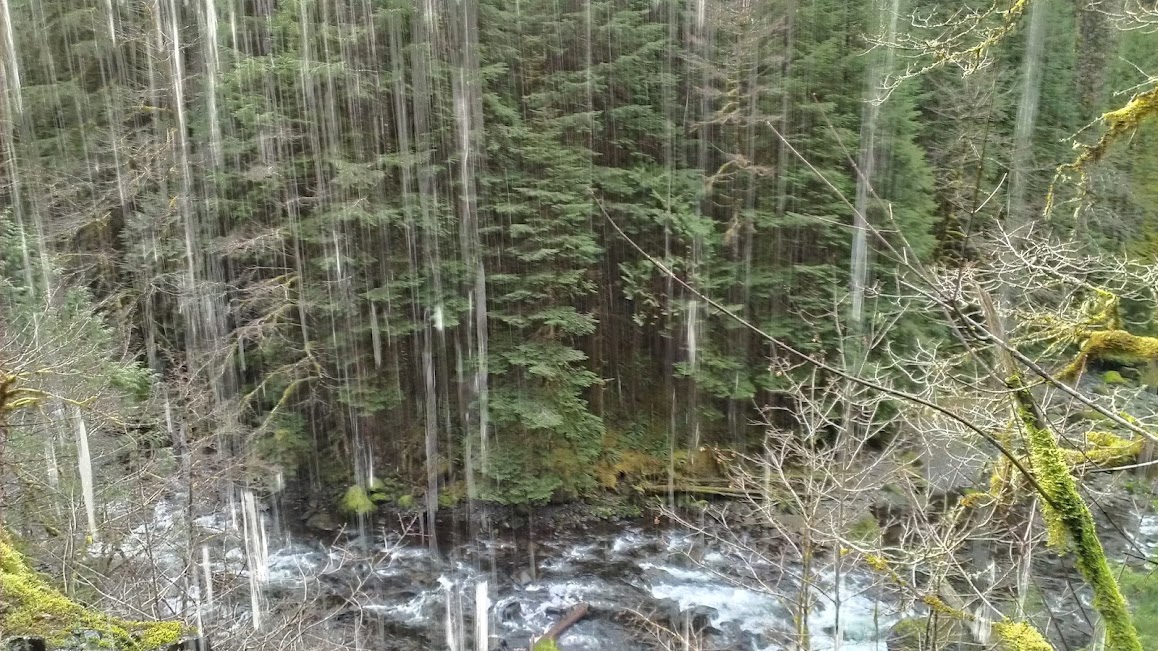 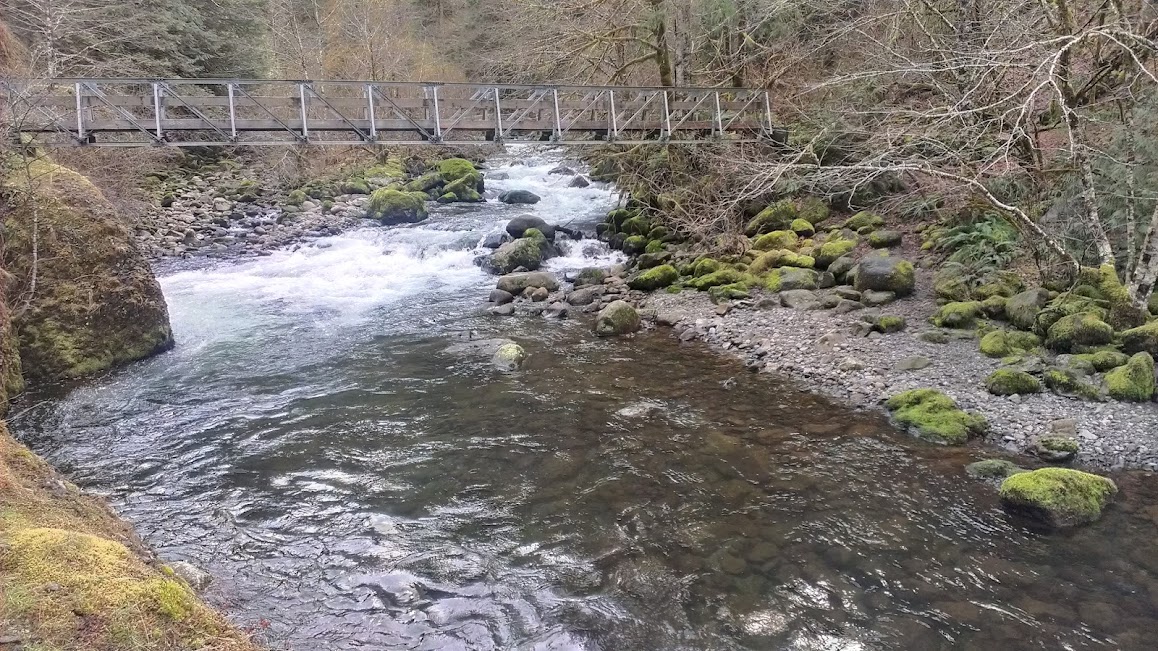 One of the reasons why I love this trail so much is for the various streams, creeks and waterfalls. The water always looks so incredibly clean, as well. 7 miles in there’s an area above two waterfalls (I think it’s called Double Falls) that has a crystal clear pool-like area. A lot of people swim in it during the summer. Personally, even during the summer, I think the water is way too cold. It could just be me, though. 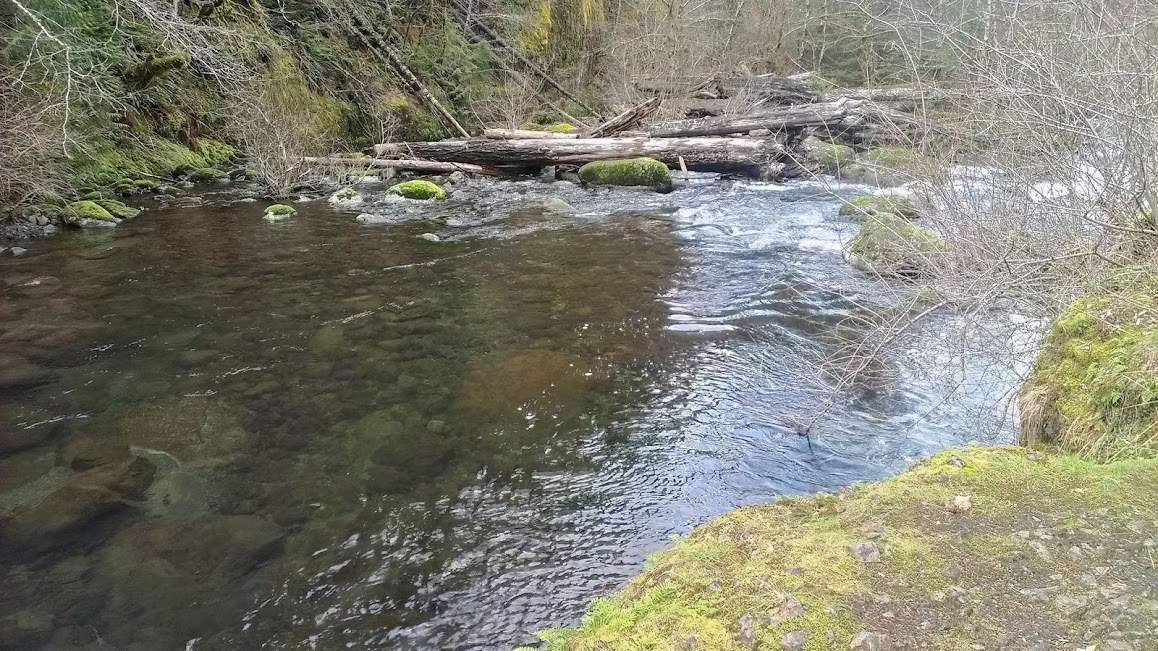 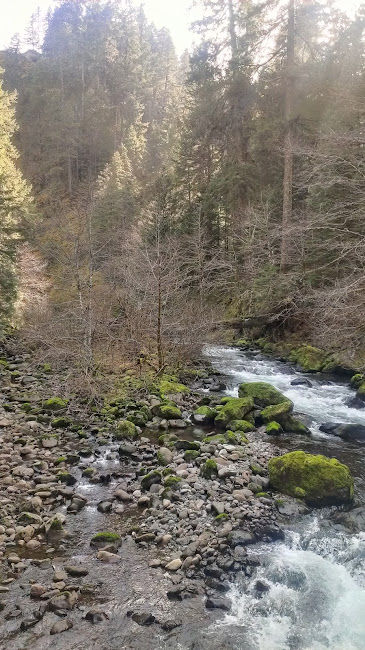 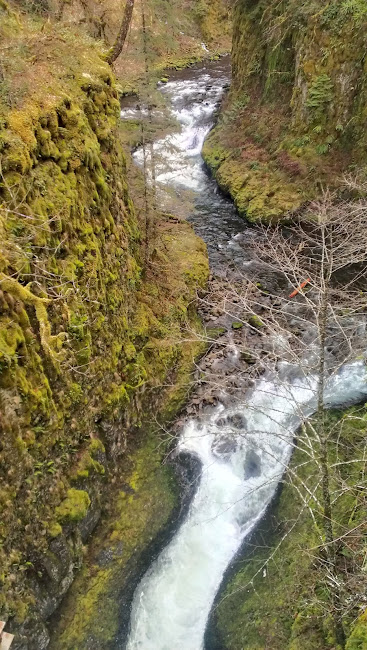 During the entire duration of my hike I had no reception at all. I think the other thing I enjoyed the most was being “disconnected”, and feeling as though all that really mattered was “the here and now”. Once I got into my car, however, even though I had no network connection – somehow I received a text from one of my friends. After reading the text, though, I instantly thought that I received the text hours ago, but just got it then. Fortunately enough for me, I was wrong. It took me about thirty minutes to get back home where I showered, changed and found out that the restaurant they intended to go to was closed. As an alternative plan, I suggested that we go to Shigezo Izakaya.

My friends had never been there before, so I was ecstatic to be there with them as they experienced it for their first time. After several beers, alcohol and a whole lot of food, we decided to head back to Vancouver to my friend’s house and continue the festivities with a couple scary movies. While I was there, I was finally able to meet their new cat, Pikachu… She’s a very skittish cat, but she’s definitely pretty cute. She chases shadows, sources of lights and genuinely seems easily amused.

Anyway, while we were there we conversed and even baked some cookies. I had to call it quits around 130am, though  when I started falling asleep (I actually started nodding off around midnight). I used to be able to stay up for 24 hours strait, but I think my body is telling me that I can’t do that anymore. Hahahah. 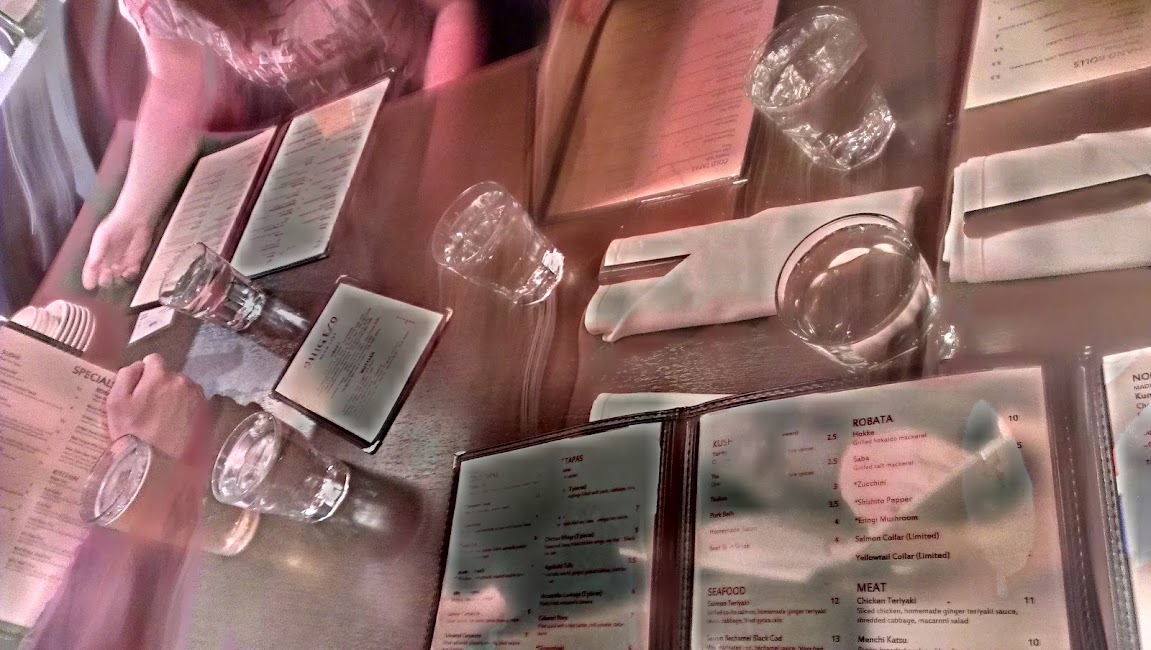 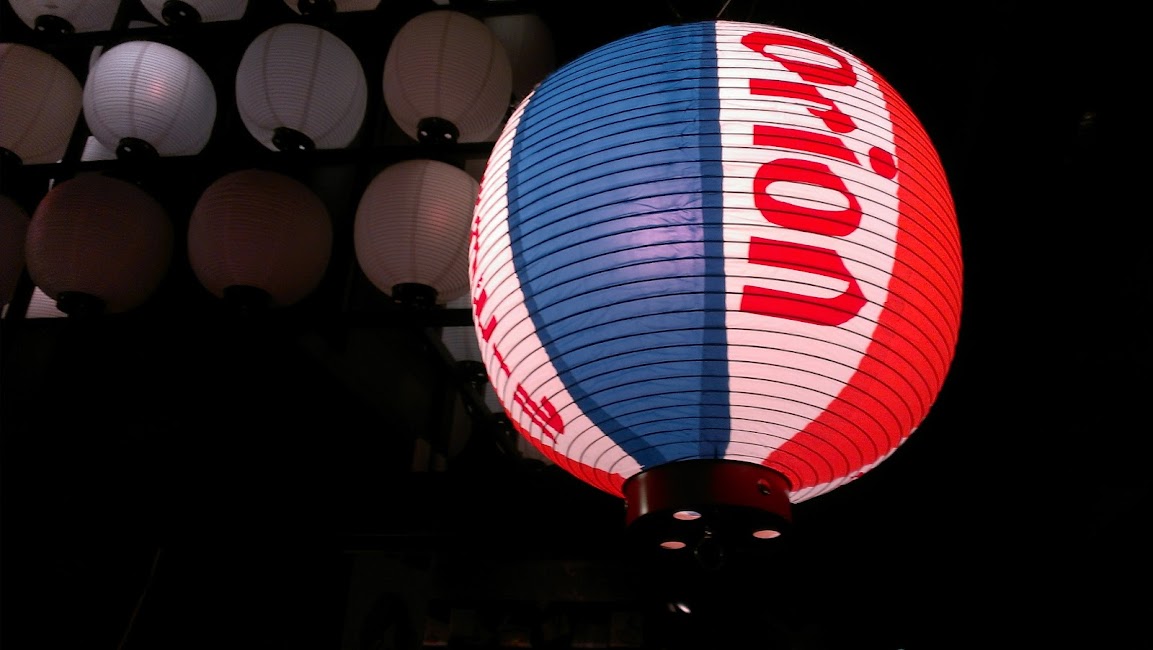 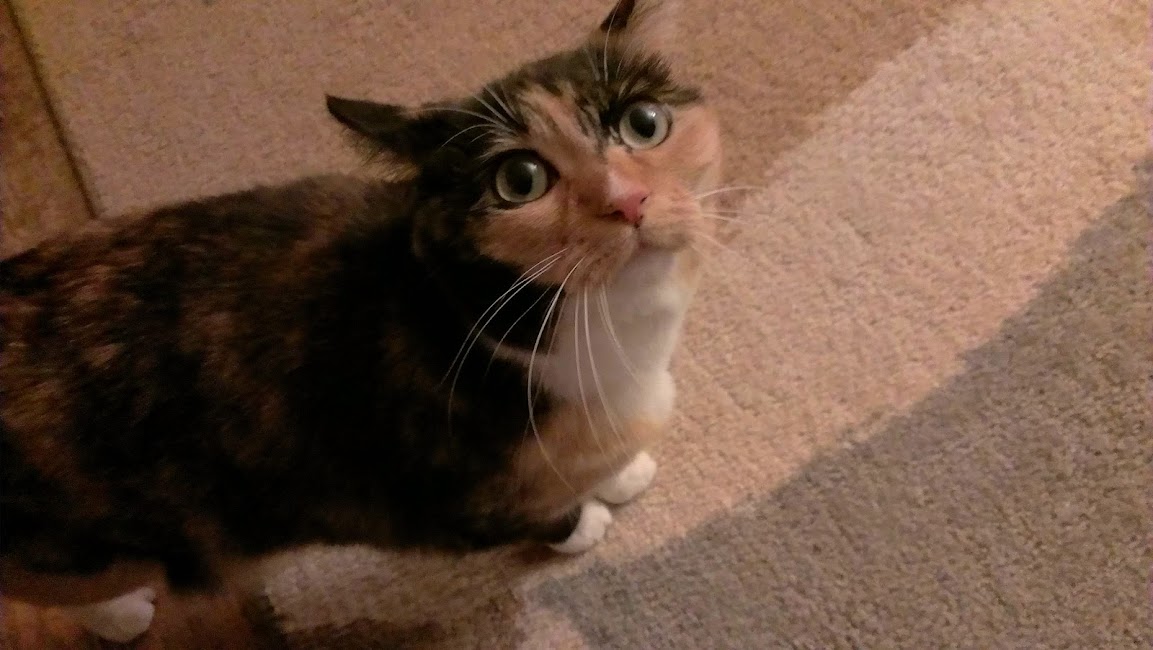 So as I sit here typing this, feeling sore and munching away at some freshly sliced apples, I can’t help but think how important it is to have a group of friends that you can be yourself around. There’s no fear of being judged, and you can say exactly what you think and what you feel without thinking that you’re going to offend someone. I think that’s a sign of quality friendships. Although I’m not able to see all of the friends that I have this kind of relationship with today, days like that only help to remind me of them.

Anyway, yesterday was just an exceptional day overall. I kind of wish it was like that all the time… but alas, today is a new day with a new set of tasks that need to be accomplished. Hopefully I can harness all of the energy my friends gave me yesterday and use it to get me through until we can hang out again.

Much love and Happy Monday to you all. ;]

P.S. Apparently here’s the new personalized ringtone one of my friends is going to program onto her phone for my phone number: Link