Blogtember Topic of the Day: . Describe something interesting that occurred, today.

I feel like a major event that occurred in my life was mentioned in my previous entry, so rather than follow today’s Blogtember topic, I’ve decided to do something different.

“Excuse me while I kiss the sky.”
– Jimi Hendrix

While I was outside, watering my plants in the front of the house, I came to notice something interesting occurring in the sky… 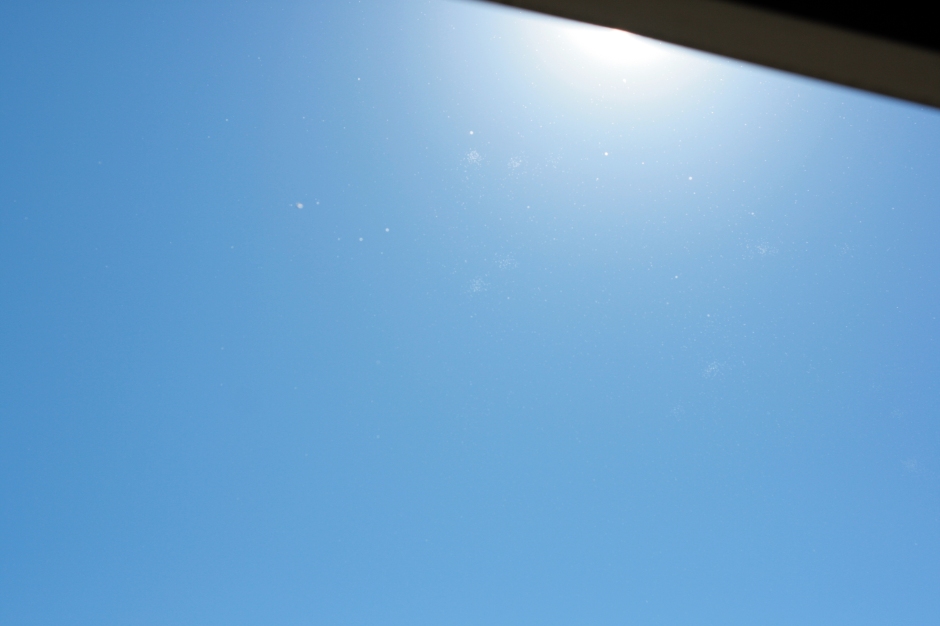 As I watered my hanging baskets and gazed into the sky from this perspective, I noticed a bunch of white flurries in the sky. It might be difficult to see, but there are some large white blotches in the photo above, but they’re not flares on my lens. These blotches are what appeared to me (at the time) as clusters of cottonwood seedlings, but as I saw many of these things at various depths, with some closer than others, I came to realize that these weren’t cottonwood seedlings, but actual insects.

I’ve never seen something like this before. It was really cool watching these clusters, swarm around in the sky and get blown in a southeastern direction by the wind. I feel like the photos don’t do them much justice, as the little swarms moved in a tornado-like motion within their little formations, then proceeded to disappear as they got further away from the reflection from being under the sun.